We are very pleased to announce that the Emotional Employment Project led by Merseyside in the UK has been approved. I & F is involved as a partner and there are others from Spain (2), Romania and Portugal. 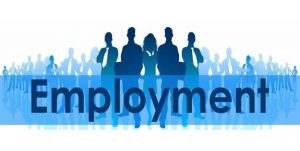 The world is changing, the way we work is changing and also the way we search for a new job is changing. Strategies, tools and skills required, used and needed have suffered a massive evolution in last years, especially in this period of economic crisis. This fact is remarkable in sectors such as first job searchers, long-term unemployed or lowed skills adults looking for a reinsertion in the labor market. Here it is important to notice that old strategies and skills are giving place to new ones, in a context where even the concept of intelligence or competence (the capacity, knowledge or ability we acquire to solve a problem) has changed. And obviously, this has affected the working world, independently of the field we are referring to. Job searchers and counselors are obliged to develop new skills and strategies for a new market. Here is the place for Emotional Intelligence (EI), and extra weapon to keep and increase the levels of employability in a new economic and social scenario.

For centuries, intelligence was related to a mere academic concept or the purely cognitive capacities measured by IQ (Intelligence Quotient), which distinguished between more or less intelligent individuals. Even it was thought that intelligence was an absolute concept (you get it or not) or something innate, without possibility to be developed. This idea was transferred to the working world, where successful workers were expected to have a high competence in a knowledge or talent, without paying attention to other skills (usually called soft skills) which could be useful for their performance beyond the mere ability to do their job.

In 1983, Howard Gardner – teacher in Harvard University – wrote ‘Frames of Mind – The Theory of Multiple Intelligences’, where he opened the scope of intelligence, defining it as a dynamic, non innate and learnable concept. Moreover, Gardner described a system of nine different intelligences, independent but connected among them. Two of those nine kinds were defined as “interpersonal” and “intrapersonal” intelligences, referring to the way the individual manages his own emotions and how he does it with others’ emotions.

In 1990, Peter Salovey and John Meyer (University of Yale) resumed Gardner’s terminology and mentioned for the first time the concept “Emotional Intelligence”, which was popularized five years later by Psychologist and author Daniel Goleman (University of Hardvard) in his landmark 1995 best-selling book of the same name. What emotional intelligence (EI) is, stated Goleman, “is the capacity for recognizing our own feelings and those of others, for motivating ourselves, and for managing emotions well in ourselves and in our relationships.” Or, as Rutgers University psychology professor Maurice Elias puts it, “It’s the set of abilities that helps us get along in life with other people in all kinds of life situations”.

This is an important fact, because EI has application in multiple productive sectors, always focused in the improvement of results of persons and organizations, from a personal or professional point of view. One of those fields of development is the workplace and its applications to employability in a society exposed to constant changes. This is a mayor focus point in the European Union, with an average unemployment rate of 8.9% (Eurostat, January 2016) which goes up over 25% in countries as Spain or Greece, and average rates of 25% in youth unemployment (up to 40% in the mentioned Mediterranean countries).

Studies have found that high EI in organizations is associated with increased productivity, higher engagement levels, lower turnover and absenteeism rates, increased market share. Daniel Goleman has theorized that 80 to 90% of the competencies that differentiate high-performing workers from average-performing workers can be found in the EI domain, and one study (Mount in Freedman, 2010) found EI to be two times more predictive of business performance than employee skills, knowledge and expertise. If this is important for actual workers, it is essential for job searchers.

On the other side, EI is becoming a plus for counselors which are developing their work in an extremely difficult and changing labour market. Counselors are experts in the external area of job searching (curriculum vitae, ways of searching, use of searchers, preparation of interviews…), but now they also need to work in the internal area of job searching, that involves EI skills such as self-esteem, self-knowledge, empathy, avoid social isolation, attitude, passion, weaknesses and fortresses, management of frustration, motivation, delay of gratification, management of emotional state… These aspects are essential not only in the process of job searching, but also in the former level of employability and the capacity to stabilize the position, so it has both short term and mid-long term effects.