In the 21st century some competencies are becoming more important than others. Nowadays employee should have competencies which could be used in various contexts and would allow flexibility to adapt to changing conditions. Such trend is visible not only in Lithuania, but in all European Union. In 2019 the research conducted in Lithuania revealed that in employers’ opinion graduates need stronger skills in ability to make decisions (84%), analytical thinking (77%) and creativity (59%). According to employers confederation, one of the most needed/wanted skills – employees’ creativity. The general objectives of our project is to establish and develop by the partners “the 8 basic stories”, which will be adapted to their country or region by primary and secondary school pupils with the aim of promoting inclusion and preventing early
school leaving, through creativity and theatre. The scope of the project will be primary and secondary schools, including cultural centres and youth clubs, regardless of whether they are rural or urban. The differences and inequalities that cause early school leaving are found in both rural and urban areas, and are unfortunately a general phenomenon in all EU countries. The supranational significance of social inclusion is a major need in all EU countries.

Combating social and cultural disadvantages in the school environment becomes a fundamental need for all our countries and the fight for social inclusion must be a priority for all European institutions. We will achieve the objectives by taking into account the diversity of students within the same school and classrooms, having the appropriate support to respond to heterogeneity and focusing on the dramatization skills of each student and the sense of belonging to the theatre group. We will encourage the development of the students’ creativity through the theatre to stage daily problems in our European societies. Based on the values that we have to develop and promote among the students, the teacher/director will work on the staging of those daily situations of our young people in their cities or countries. Their dramatization and staging will help these young people to become aware of the problems and their solution, via social inclusion.

The target group is school children and youth in the broadest sense of the word, so that by acquiring an awareness of the serious problems of our society present in their immediate environment, and dramatizing them through the theatrical technique of dramatized improvisation, the core of our project, they will become aware of these shortcomings (perhaps of their own schoolmates who are very close to them), and acquire this awareness will address the solution of unjust situations. Through the starting point of latent values in universal stories, everyday situations and problems will be focused on analysing and solving situations such as social inclusion, bullying, cyberbullying and aggressive behaviour in the school environment, injustices, etc.

The instrument of our general objective in our project is to use the technique of drama improvisation as a tool to encourage divergent thinking, imagination, fantasy and above all, creativity. The teachers will apply this technique so that the students become familiar with the story and its interpretation, and through the dramatization and rehearsals, we will hopefully achieve the integration of the students in the work group and develop the scheme of teamwork and the assumption of new roles that will arise from staging the stories. It will conclude with the final staging of the story in front of the rest of the class (or the rest of the school), getting the group to act and “play the theatre game”, which places the actors in an intermediate position between reality and fantasy, and it is because of this peculiarity that, through theatrical improvisations, a rupture of the fixed links between classmates is produced, which generates in the group a need to restructure new socio-affective alliances that are momentary, but can also be lasting. 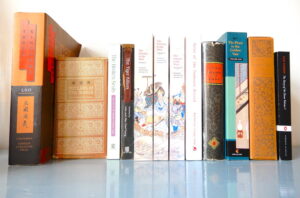 We have 7 partners from 4 different countries: